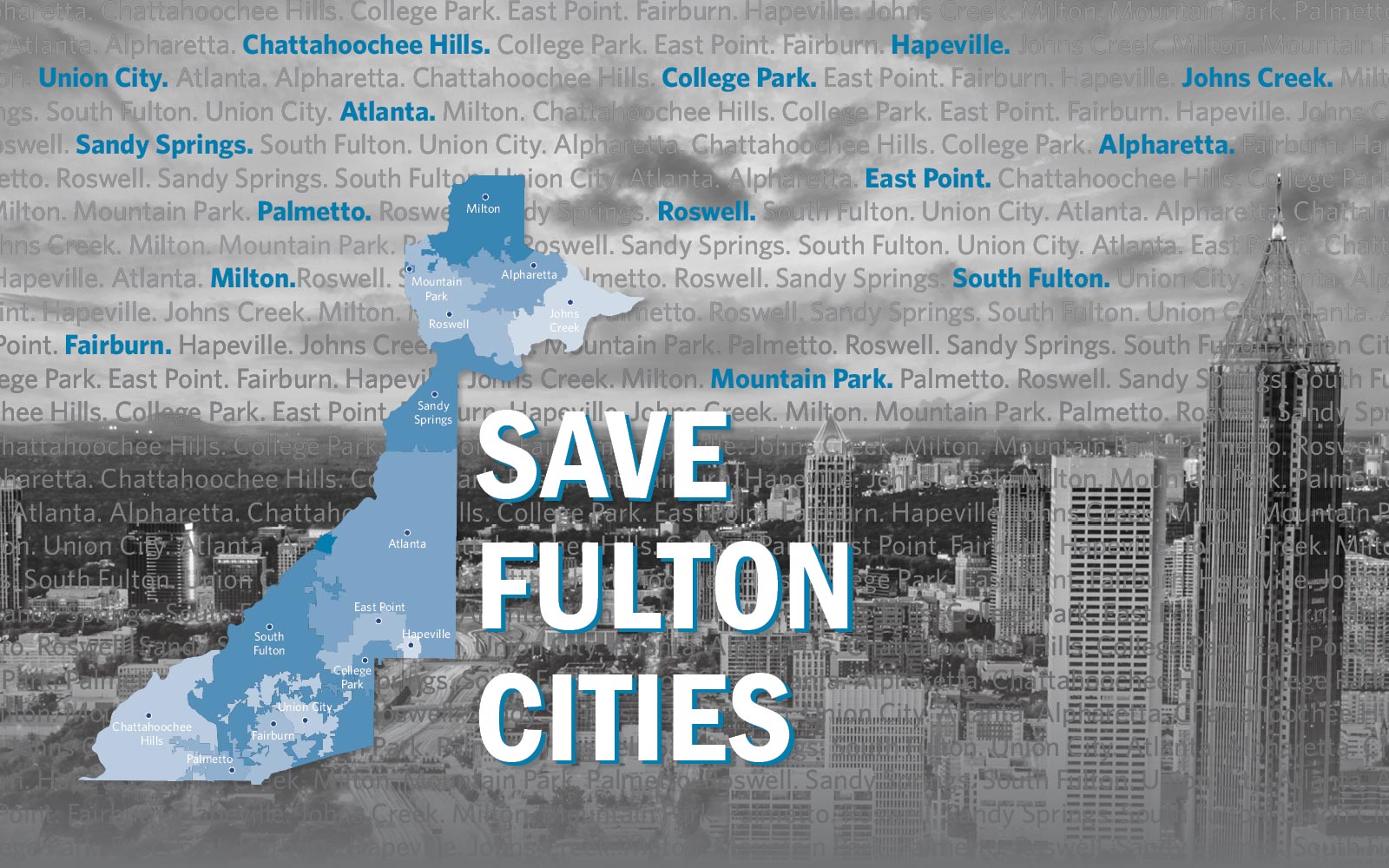 Help Us Save Fulton Cities

The Fulton County Commission is trying to take money away from city budgets — money that pays for vital services such as police, fire and ambulances.

The 15 cities of Fulton are united in fighting the county’s demands for a 163 percent increase in their share of the Local Option Sales Tax dollars, taking money away from cities that they currently receive.

Voters have spoken as to where they want to invest their tax dollars, and they want most sales tax dollars invested in city services.

Fulton County is threatening to let the sales tax expire at the end of the year — a sales tax worth $4 billion over the next 10 years, 40 percent of which comes from outside the county — if the cities don’t hand over a significant portion of their budgets to the county.

Please call your Fulton County commissioner today and DEMAND they renew LOST without taking money from the cities and the services we depend on.

Local Option Sales Tax (LOST) is a 1 percent sales tax activated by a local referendum and imposed on the purchase, sale, rental, storage, use, or consumption of tangible personal property and related services. LOST is used to provide municipal services and to reduce property taxes. LOST is a special district tax where state law (O.C.G.A. §48-8-81) creates 159 special districts in Georgia for the purpose of levying a LOST.  LOST is one of the most significant sources of revenue for municipal governments in Georgia, second only to the property tax. In 2019, cities received in excess of $745 million in LOST revenues. Statewide, LOST revenues account for 19% of municipal general fund revenues. State law requires periodic renegotiation of the LOST distribution certificate based on specific triggering events.

Local Option Sales Taxes have one purpose: to reduce property taxes for essential services such as police, fire, EMS, E-911, street, traffic control, and planning & zoning protections. Fulton County is proposing a major shift – $1.1 billion dollars over the next decade– from the cities to the County. Reduction of cities’ LOST revenues will result in recurring property tax and other tax increases or service reductions across the county. However, such a crisis is avoidable through a fact-based County / city LOST agreement without tax increases in the cities.

What happens if LOST expires?